The Road To Now

Formed in late 1993, The Henrys quickly established a reputation as a high-energy live band with a knack for writing catchy rock and roll songs. In an era of minimalist live performances brought on by the grunge rock revolution, The Henrys stood out as they sought to reestablish rock performances as events to be thoroughly experienced in all aspects by their audiences, through solid songs, musicianship, and stage presence, coupled with stellar production and lighting. Founding members Randy Guyeska and Terry Wallace quickly enlisted outstanding drummer J.R. Baker into the project. Bassist Bryan Toll joined the band in early 1995, with Don Stacy completing The Henrys classic lineup in mid-1996. The band performed continually, refining their sound, and developing an increasingly solid original musical repertoire. The Henrys began recording sessions at Skyline Recording Studio in Charlotte, North Carolina with Alan West at the controls. These sessions committed no less than 18 songs to tape! A record was not destined to be released at this time, as the band broke up in early 1998 before completing the project.

As the saying goes, time heals all wounds, and in late 2019, Randy and Terry re-established contact and began to consider the idea of reforming The Henrys. They soon contacted Bryan, who enthusiastically agreed to rejoin the project in February 2020. The next order of business was to round out the rest of the lineup. Sadly, original drummer J.R. had passed away in 2013. The Henrys then enlisted veteran axe-man Boo English and drummer Loren Bates, both formerly of the band English. Finally, the band expanded its musical palette with the addition of keyboardists Brad Mize and Tom Yazvac. With the lineup set, the band set to work completing the project begun in 1997, acquiring the original session files recorded at Skyline Recording Studio from Alan West in early 2020. The Henrys began sessions at Knothole Recording Studio in Charlotte, NC in November 2020, using some of the original basic tracks as a foundation for their debut album Cross-Eyed Cat (DMI Records). This album contains seven songs originally captured during the 1997 Skyline sessions, and three new songs arranged and recorded at Knothole Studio.

Working together again after a 22-year hiatus is an incredibly renewing experience for the members of the band, both new and old. The bonds between them all have strengthened with time into a true brotherhood - like a family in many ways. The band is currently performing and writing new material for their second album release. Time will tell where the road before The Henrys leads into the future. But one thing is certain - The Henrys will travel that road together! 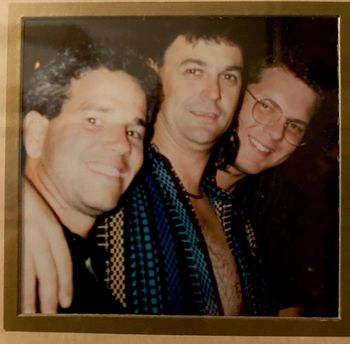 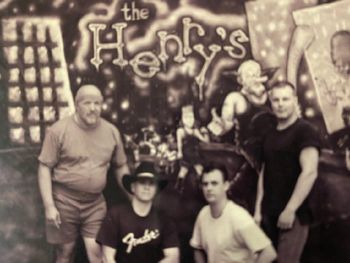 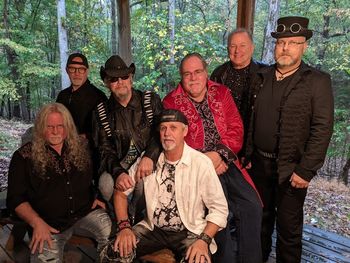